A sporting centre no longer needs to be viewed merely as a venue that holds sports games and accommodates fans.

The aim is to go beyond watching a game, there is a fuller experience that sporting venues can offer if the design is right and the infrastructure is in place.

Venues have the potential to evolve into multi-purpose commercial enterprises.

This means that as multi-purpose buildings, sporting centres can be equipped to give priority to the fields of retail, accommodation and catering so that fans enjoy an all-inclusive experience.

This economic activity generates a revenue stream, which means the sports organisation running such a venue can re-invest the profits made in the training of its athletes and in the improvement of the facilities.

These projects have attracted investors who love sport, but who are also recognising a paradigm shift in the reconceptualisation of sports venues as potential vehicles for efficient and pro-active business opportunities.

Nissan Arena, previously known as the Queensland State Netball Centre, is an eight-court indoor netball and elite training centre located in the Brisbane suburb of Nathan.

Constructed by Hansen Yuncken and designed by ThomsonAdsett, the centre was completed in 2018 and has the capacity to seat over 5000 spectators via fixed and retractable seating around the unique sunken show court.

The brief was to create a large facility that could be everything – an elite training facility, an event facility with full broadcasting functionally but also a community netball facility with the capacity to host national and international sporting teams.

To achieve this ThomsonAdsett had to undertake extensive consultation with key partners such as Stadiums Queensland, Netball Queensland, the State Government, and other sporting bodies.

The challenge was to not only establish a high-profile destination for players, administrators, coaches and spectators but also have additional infrastructure in place to allow for multiple revenue streams.

Put simply, we had to future-proof the venue through innovative design.

For example, a lot of thought went into developing an effective layout and flow to allow ticketing to occur.

Now all games can be ticketed including those of NBL team Brisbane Bullets. The venue is also the home of Super Netball team Queensland Firebirds.

Thanks to considered, flexible design this multi-purpose venue has the ability to operate 24/7 and host more than just netball.

Spatial allocations were a key part of the design. We needed to create spaces that would cater for multiple functions.

Firstly, for netball at an elite level, but also making further allowances regarding seating and making the courts work for different sports.

The Nissan Arena is not just a netball centre, it can host a range of events from trade shows to concerts.

We’ve made sure it’s financially viable into the future so the revenue can be reinvested back into future sporting development programs.

It’s about utilising the venue’s features to maximise its revenue-generating potential.

For example, by make provisions to create seamless circulation of the upper levels above the show courts and having access for vehicles allows trade shows to operate from the venue.

Nissan Arena is located next to the busiest park and ride interchange in Queensland so by positioning facilities such as food and beverage outlets outwards create an opportunity for cafes to operate out of business hours to service this external clientele.

The flexible design is also giving Netball Queensland the option to further activate the venue with Esports as well as sports tourism including short-term accommodation.

The scope for the entire precinct is proving endless but it would not have been possible without the design complementing the vision.

And the only way to achieve this is through consultation with all the stakeholders.

Everyone needs to feel like they own the design and that they are going along the journey with us.

The WORLD Sporting Precinct upgrade in Bairnsdale, Victoria, is another project ThomsonAdsett is working on to develop a detailed design plan to boost community opportunities.

Sports and leisure sector lead and senior associate at ThomsonAdsett Sean Stone explained once upgraded, it would cater for, in the long term, increased use and upgraded sporting facilities including eight netball court complex with shelters, seating, footpaths, pedestrian movement zones, and car parking.

A fit for purpose rebuild of the WORLD pavilion/change rooms will serve the netball and hockey user groups.

“The realisation of the project requires $10.7 million funding. The detailed design work will provide council with the information necessary to seek grants and other funding,” Sean said.

“When fully constructed, the WORLD will provide a great home for over 750 netballers, 630 soccer players and 150 hockey players, most of whom are juniors, allowing these sports to grow.

“The site will also provide an opportunity for students from throughout the district to utilise the much-improved facilities for carnivals and inter-school sports events.”

On reviewing the master plan the challenge was to establish a cost-effective way to achieve the upgrade while meeting the compliance requirements and expectations of many stakeholders, Sean said.

“We needed to give the East Gippsland City Council a real sense of the what the budget estimate is before they go to the tender,” Sean says.

“We undertook a number of feasibility studies knowing all the sporting bodies have their own design guidelines. Working with multi-purpose facilities can be difficult.

“How do you set precedents in a design while trying not to create kingdoms with multi users – one can’t take priority.”

Another challenge was designing with the intent to create revenue streams, Sean said.

“We made sure there was synergy across the entire precinct. We created pedestrian ‘spines’ that linked all areas allowing for connectivity and flow,” he said.

“Then there’s the hospitality aspect. Where do you place the canteens to ensure people see them and come and pay for food and drinks?

“The design needs to consider line-of-site and positioning. They should be placed externally, run by volunteers and be flexible in design so there is the potential of hiring them out to catering companies.

“Canteens have the potential to be the biggest revenue driver for sporting venues but it all comes back to smart design to ensure the facility’s success.” 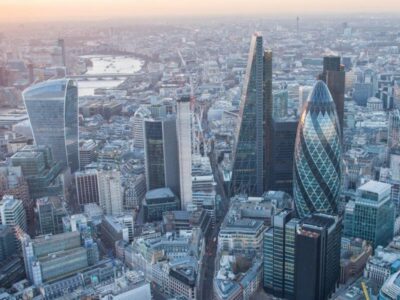 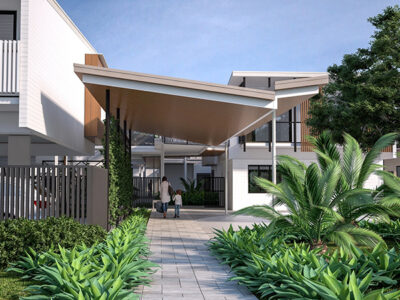