One of Australia’s most promising emerging export industries lies with what’s becoming a serious demographic headache for countries to our north: a swelling ageing populace screaming out for decent and affordable care.

Australia, of course, has its own issues as ageing baby boomers enter their dotage. But in Asia, especially in China, the problems are accentuated because of the sheer numbers involved.

Sniffing the opportunity, a growing cohort of local aged-care providers is becoming active in the region – not just in terms of building and operating facilities, but in designing them.

There’s also a burgeoning trade in training a fledgling workforce for a sector that, until recently, did not even formally exist.

Financially, concepts such as deferred management fees are also foreign and it’s purely a case of what the markets can bear.

Beyond building regulations such as those around fire escapes, there is little specific overview of factors such as fees or the way residents are assessed for care needs.

According to the United Nations Economic and Social Commission for Asia and the Pacific (UNESCAP), two-thirds of the world’s over-60s will reside in the Asia Pacific by 2060.

At the same time, the number of multigenerational households (those with mum and dad, the kids and the grandparents) is dwindling as the birth rate stalls.

“The region is experiencing population ageing at an unprecedented pace, due to rapidly falling fertility rates and tremendous improvements in life expectancy,’’ the agency says.

As with most numbers, China exemplifies the trend more than anyone else. By 2020, it is predicted the country’s population will stand at 1.4 billion, of which 248 million will be aged over 60.

“More tellingly, the number of over-80s will grow from 19 million to 95 million by 2010,’’ says Stephen Muggleton, chief executive of the Royal District Nursing Service (RDNS), which is active in China. “The numbers are quite astounding”.

Carol Allen, chief executive of Sapphire International (an arm of the Melbourne-based operator Sapphire Group), cuts it another way.

In China, by 2050 more than 400 million Chinese people will be over 65, compared with 250 million now. Allen estimates that 90 per cent of them will continue to live in their own homes, with 5 per cent requiring day care and 5 per cent needing residential care.

That still presents a target market of 20 million people.

With age comes sickness, and it is estimated that close to 100 million elderly Chinese have a chronic illness.

Historically, the concept of “filial piety” has meant that China (and to a lesser extent other Asian countries) have not had to address the ageing problem. Children have been morally (and in some cases legally) obliged to look after their parents.

In China, the concept extends to the daughter-in-law looking after her husband’s parents.

Filial piety is being challenged by increased female job participation as well as growing middleclass mobility.

“(The children) might be working overseas and are not there to take care of them,’’ says Malone.

“The parents also don’t want to stop them from becoming a doctor in London or a solicitor in New York.’’

The now abandoned One Child Policy has created a drought of willing and able progeny however, and the Chinese government has recognised the problem with a push for reform under the banner of Healthy China 2020.

Among other sweeping measures, Beijing hopes to increase the aged care workforce to 10 million by 2020 and attract capital to expand the current 6.7 million aged care beds.

According to Austrade, China is lacking both accommodation and a qualified workforce, and that’s where opportunity beckons.

For the many Australian entities with a foothold in the region, it’s hardly a case of overnight success.

Cultural issues have to be deftly negotiated, while the lack of a regulatory framework can be both liberating and frustrating.

The slow boat to China has been a two decades-long journey for the Melbourne-based architecture firm ThomsonAdsett, after it established a foothold in Hong Kong 20 years ago.

“It’s taken us 20 years of investment to get to the point of learning what to do and what not to do,’’ says managing director Chris Straw.

The firm, which operates globally, has a niche in designing aged-care facilities, but it works alongside other Australian providers to provide operational or financial expertise.

“We hunt in packs with other Australian providers,’’ Straw says. “The market is so big it is better to coalesce yourself with like-minded people out of Australia.’’

According to Straw, developers in China tended to view developments in real estate terms, rather than appealing to what the aged care customers really want or need.

“Most Chinese aged care looks like a hospital,’’ Allen says. “It’s not a place you want to go to. There’s quite a lot of negativity about going into aged care. No one wants to admit they are getting old.’’

Allen describes the emerging middle class client base in China as “discerning”.

“Designing a carer community is like designing a hotel,’’ Straw says. “One size doesn’t fit all. You need to understand the target market and you need to design services as well.’’

A lot of it is up-front work identifying a market and tailoring services accordingly, including around hobbies or even spiritual needs. Taking the latter concept to the extreme, one facility was designed exclusively to cater for Buddhist monks.

IMG has also been active in China, through its Hong Kong subsidiaries, and has a presence in the Thai, Indonesian and Malaysian markets.

Malone says that a key difference is the lack of distinction between retirement villages and aged care facilities. Along with hospitals, these are usually housed in the same operation under the banner of “seniors living”.

“There are a vast numbers of issues you need to address,’’ Malone says. “It’s a much specialised area, and it’s not just a matter of building a block of units and putting a seniors’ sign on it. It has to be built into the fabric of it.’’

She stresses that the facility must feel like a home and not an institution, and it must be seen as an aspirational product.

“In Asian cultures, (the residents) feel they need to be treated with respect, that they are living something better than they could have lived.’’

Sapphire International has also formed a memorandum of understanding with Hong Kong’s Hsin Chong Construction Group, which has a target of 20,000 beds by 2020.

Sapphire’s Allen says local Chinese developers were eyeing partly built hotels to convert into aged care facilities – but without any apparent regard for aesthetics.

“We are going in there with a blank canvas,’’ she says.

With little Chinese government support for the ageing available outside military pensions, and with churches and charities almost non-existent, the Australian companies are targeting the well-to-do middle class.

In real terms, a unit can cost more than the Australian equivalent, but happily it the market is still capacious.

Aside from getting the market right, Allen says that one of the biggest challenges is the shortage of skills.

To address this, Sapphire is looking at an exchange program for Chinese workers to be seconded to its Australian facilities.

It is also developing an MOU with RMIT University to create a training package with a recognisable qualification.

But for the RDNS, government support came through one of those “sister city” relationships that are often derided as an excuse for political junkets.

As a result of a sister city link between the Victorian government and the province of Jiangsu, RDNS and Zhongshan College formed a new joint venture to “facilitate adoption of best-practice aged care models”.

The bricks-and-mortar outcome is the Zhongshan Yiyang Elderly Home, a 400-bed facility combined with hospital, education and training centres.

This article originally appeared on The Australian. 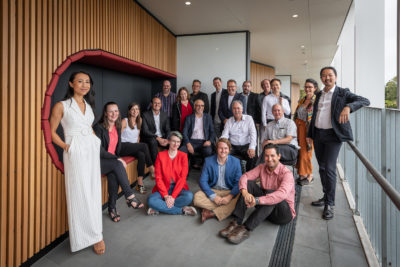 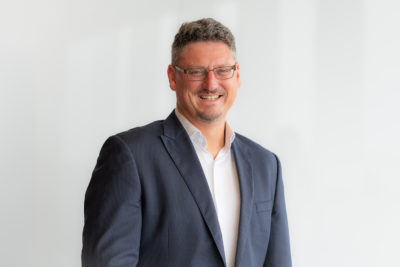 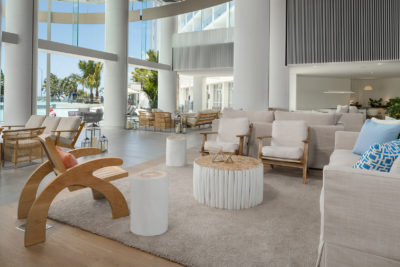 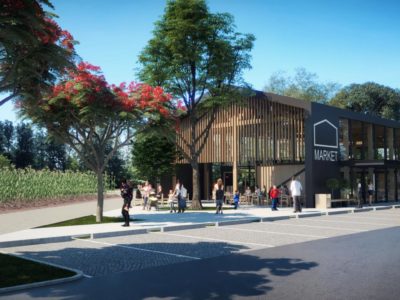 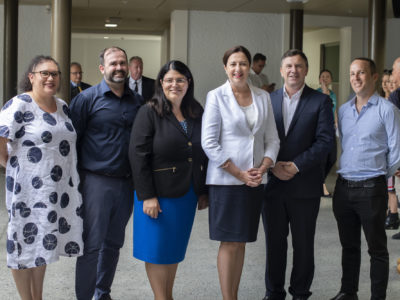